After two days filled with killer creatures, apocalyptic wastelands and ghastly ghosts, it was time to get ready for day three of Film4 FrightFest. Today would feature another six features including Dominic Brunt’s loan shark thriller Bait, Contracted: Phase II and the most metal of horror films, Deathgasm. 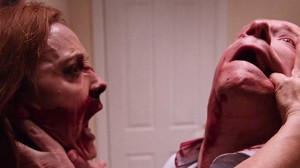 Dominic Brunt (Before Dawn) kicked off the days festivities in the Horror Channel screen with his latest offering Bait. An intense female revenge thriller, Bait stars Victoria Smurfit and Joanne Mitchell as two women who dream of opening their own cafe. After being turned away by their bank for a loan they get involved with the wrong person. Unable to pay the outrageous demands they plot to have their vengeance.

A very chilling and bleak insight into the dangerous and devastating world of loan sharks, Dominic Brunt crafts a thriller which is deeply unnerving. The violence in the film is brutal and utterly shocking. Several attack scenes in the film are nasty and one in particular involving a pensioner is unbelievably devastating. That aside, Joanne Mitchell and Victoria Smurfit deliver knock out performances and they nailed all the emotional scenes in the film, making Bait entirely believable.

So, after the massive punch in the face that was Bait, it was time to venture over to the Prince Charles Cinema to catch the second film of the day. Directed by Adam Mason and starring Jeremy Sisto and Kate Ashfield, Hangman is a found-footage film that had me on the edge of my seat. After returning from a two-week holiday the Miller family have no idea that an intruder has been sleeping in their attic watching their every move on surveillance cameras. 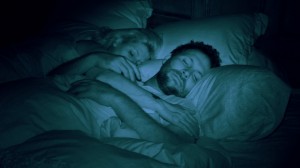 I was unprepared for Hangman. It is one of the strongest found-footage horrors that I’ve seen in quite some time and I genuinely felt terror. This sense of unease was heightened by the performances given by Sisto and Ashfield who as husband and wife were flawless. By the end of the film I genuinely felt dread as the threat felt wholly believable to the point where I had to remind myself that I was watching a film. This was incredible to witness and  it is for this reason that I thoroughly recommend checking it out.

After two very bleak films it was time to return to the Horror Channel screen to experience Adam Schindler’s home invasion shocker Shut In. In the film Beth Riesgraf stars as Anna, a woman suffering from crippling agoraphobia whose support relies entirely on her terminally ill brother and her meals-on-wheels driver, Dan. After her brother’s passing Anna is left to fend for herself when a trio of criminals break into her home. Unbeknownst to them agoraphobia isn’t the only psychosis they need to be cautious about. 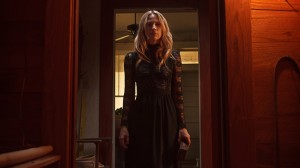 Maybe a lack of a good night’s sleep didn’t help but I couldn’t help but feel disappointed with Shut In. The premise sounded interesting but for me the film didn’t quite catch up to the speed that I was expecting. This said, the film looks great and the cast do an okay job with the acting but it wasn’t the home invasion thrill ride that I was expecting. By the time the big reveal was unveiled in the third act I wasn’t having much fun. I found the film to be sluggish and lacking any real entertainment value.

I had a bit of a gap between Shut In and the next film so I took the opportunity to grab some food before returning to the Phoenix Artist discovery screen situated in the Vue West End to watch the fourth movie of the day. Contracted: Phase II is the sequel to the 2013 indie body horror Contracted except this time directorial duties have been passed over to Josh Forbes. 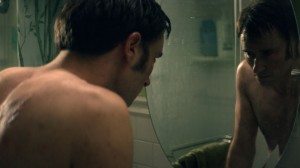 Expanding the world that was created by Eric England, Phase Il is penned by Craig Walendziak and tells the story of Riley (Matt Mercer) who has contracted a necromantic virus after an intimate encounter. As the necromantic virus spreads across Los Angeles the police work to their best ability to quarantine the city before it takes over the world. Meanwhile, in a desperate attempt to find a cure before it is too late, the person who is responsible for the outbreak must be tracked down, leading to one bloody finale.

Phase II is completely different in tone from Phase I. Instead of a slow-burning, intimate body horror Forbes has constructed an action packed and incredibly gross film which moves along at a much quicker pace. At first I wasn’t too sure about the sequel as it feels so starkly different from the first installment but, after realising this is a film that focuses on much more than one character’s story, I can appreciate the work that has gone into the sequel.

The effects are incredibly gross and there were more than a few moments that made me gag. One scene in particular at a party reminded me of the dinner scene in Peter Jackson’s Brain Dead which was utterly disgusting and I kinda loved it. Moving on from there I also liked the performance from Matt Mercer who steps up to lead the film. His delivery of his scenes are never over acted and he helps sell the credibility of the film.

Don’t get me wrong, Contracted Phase II is far from perfect but I can appreciate the efforts of the team. It is a fun film and leaves the door open for a third installment which I would certainly be interested in seeing, especially if Resolution’s Peter Cilella steps up to lead it. 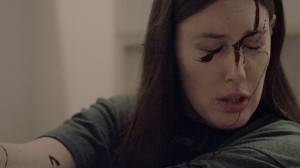 Up next was Ben Cresciman’s psychological thriller Sun Choke. Starring Sarah Hagan, Barbara Crampton and Sara Malakul Lane, the film follows a young girl called Janie (Hagan) who has recently had a mental breakdown and is put under the care of Irma (Crampton). Showing progress Janie is allowed to venture out into public where she comes across the beautiful Savannah (Lane). As curiosity turns into obsession all three women are thrust into a dangerous game that tilts between control and insanity.

I was very impressed by Sun Choke. It is a stunning slice of celluloid that borders on voyeurism and the performances from the three leads are fantastic. Hagan nails her character with skill, balancing both sides of her character effortlessly. Crampton is stern yet caring as the doctor and provides a stark contrast to Hagan. Their performances are fascinating to watch but it is Hagan who truly shines in this film.

Definitely more arthouse than grimy horror, Sun Choke was a real treat to watch. It held my attention throughout, the film looks remarkable on screen and the solid performances from the cast help elevate the overall quality of it.

For the final film of the night it was a decision between Kyle Rankin’s walk of shame meets zombie apocalypse comedy Night of the Living Deb and Jason Lei Howden’s Deathgasm. Knowing how fun both films were going to be it was an extremely difficult decision but I came to the conclusion that Deathgasm was the way to go. 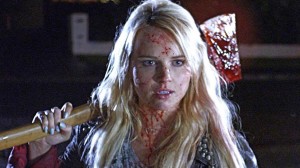 Into the Film4 screen I went to join my friends to experience one of the most fun films of the weekend. Deathgasm is the story of metal-thrashing Brodie who, along with his friend Zakk, starts a band. Soon after discovering that one of their metal heroes is hiding out in an abandoned house near their home the pair break in and find pages of an ancient spell that promises ultimate power to anyone that plays it. Sure enough after the right chords are played their classmates, relatives and surrounding neighbours are possessed by demonic forces leaving Brodie and Zakk to save the day.

After the energetic introduction by Jason Lei Howden the mood was right in the room to embrace the wonders of Deathgasm. Bloody, brutal and incredibly fun, I loved the film and couldn’t stop laughing from start to finish. Packed with outstanding special effects, perfectly timed gags and a rocking soundtrack, this was the perfect way to end the evening  on a high note.

Looking back at the events of the day the award for best film of the day had to go to Deathgasm. It’s not as polished as Sun Choke was but it was much more entertaining than  Shut In. Another highlight of the day was being overly grossed out by Contracted: Phase II.

Roll on Day 4 of Film4 FrightFest!

Want more? Check out the following…