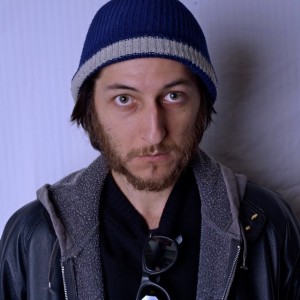 Following his directorial debut Negative Space, writer-director Ben Cresciman’s second feature, Sun Choke, hones in on the psychological backlash of confinement and solitude. As you may well have read in my review of the film, this is one that is “condemned to polarize audiences” but I found the whole ambiguity of the film to do nothing BUT amplify intrigue a hundred-fold to create an all-arresting piece of cinema.

SCREAM got the chance to catch up with Cresciman mere moments before the world premiere of Sun Choke at this year’s Stanley Film Festival where he told us all about his reasons for delving into the film’s suffocating world of isolation and loneliness, the dark side of holistic health and how he intends to hit the ground running with future projects.

So what are you hopes and fears just before heading into the world premiere at Stanley?

Well, in terms of hopes, just that people enjoy the movie. I think at this point there’s no time left for fears – we’re here and we’re doing it. Fear is really for the first day of the shoot and now I’m just so proud of the movie and really proud of everything that myself and my cast and crew have accomplished so at this point I’m just anxious to get people to see it.

The plot is certainly one that will have audiences scratching their heads. Where did the idea of isolating the leading lady (Sarah Hagan) come from?

It mostly just came from the inside. I wanted to do a horror film and I knew that I wanted to do a character-driven horror film so I started weaving the character around the ideas of isolation and loneliness and how I would deal with those things. Also, the summer when I wrote it was the same summer that the Ariel Castro kidnappings came to light when these women who had been locked up in his basement for like 15 years were freed. So the idea of somebody being imprisoned in her home was certainly in the air at that point. Obviously, Janie’s (Hagan) imprisonment in the film is less formal but no less isolated.

The reason behind her isolation is pretty much kept unclear throughout. Had you always planned to keep viewers in the dark to create that added element of intrigue?

Oh yeah! From the jump I knew that what I was writing was going to amount to a sort of fever dream. Certain aspects of exposition and explanation didn’t ever really enter into my equation in terms of putting the film together. Ultimately, I felt that the emotional state would carry the film as far as it needed to go. People are quick to forget that horror is an emotional state. The emotional aspect of it was really vital for me to get everything founded upon so that when things got hectic later on we’d have a reason to care about these people.

How involved were you in casting the three leading ladies? 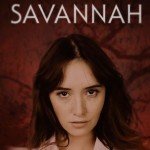 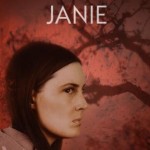 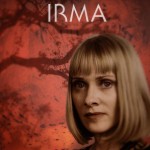 I was very involved. We cast a wide net when we first started and we saw close to a thousand different women. When we first got in contact with Barbara Crampton it was kind of a no-brainer that we would want her in the film. Her status is that of a genre icon and she is a phenomenal actress and she really responded to the script.

Then Sarah Hagan came in and I was familiar with her from Freaks and Geeks primarily so I had this particular view of who she was and what she was capable of but she came in and just blew us all away. My first thought when she walked in was, “Oh, it’s Millie from Freaks and Geeks,” and then she completely changed my entire conception of who she was. Then she came back and blew us away again and at that point it was sort of like, “This is our Janie.”

And then with Sara Malakul Lane, she was another who just really responded to the material and was really committed. Her character really has it rough in the movie so she was really committed to bring as honest and as sincere a portrayal to that as she could. I think they all did a phenomenal job and it’s been really special to get that cast together.

Was the cast welcoming to all that was requested of them? This is a really tough film at times, psychologically speaking, and also in terms of violence and particularly graphic nudity.

Yes they were. I think everybody understood what all of it meant. No instance of nudity in the film is about showing nudity and the same in the case of violence. These scenes were always indicating some deeper thing so they all understood that. One producer who read the script early on joked about us not going to be able to find anyone to play Janie because they were going to need extensive therapy afterwards but then Sarah Hagan was like a goof on set. One minute she was playing around and then, when it was time to get going, she switched into this mode and it was just brilliant. She is such a pro and it was amazing. They were all very agreeable.

The film deals with holistic health and wellness regimes. Did you make a lot of these techniques up to suit the situation in the film or did you do extensive background research also?

There was some research involved but I also grew up in Los Angeles in a post-hippy household. My experience wasn’t so much yoga and juice and stuff like that but I certainly was around a lot of that as a child so I had a bit of a foundation. I think when it all really dawned on me was when I was researching a particular yoga pose that requires all of your focus to keep your balance and if you lose your focus you fall. That was when I thought to myself, “If you forced somebody to do that, that’s torture!” So that’s where a lot of the dark side of that holistic health stuff came in. In the end it’s a control system, it’s manipulation as much as it is geared for keeping someone healthy. This is what ends up complicating Barbara’s character in a wonderful way and really blurs the good and evil and right and wrong lines a bit and forces you to make your own decision about the characters.

The score really amplifies the whole atmosphere of the film. What was it about Bryan Hollon that you knew made him the man for the job?

Well Bryan is a friend of The Lodger, the production company behind the film. I knew him a bit personally beforehand and was a fan of his work and we asked him to do it. We sat down and had a talk about it and he read the script and really connected with it. From the first meeting it was clear that we were really on the same page so it was really easy to get into it. That, for me, in many ways was the most exciting part of the entire experience. I’m a music nut and there is an album forthcoming but I can’t really give you that much detail about that yet. But this much phenomenal music being composed for my film is such an honour and I listen to that now when I’m writing to set the mood. He’s just such a great talent and really understood what we were going for and he was really willing to take big risks and make some really interesting decisions as far as what he was going to do sonically and what kind of instruments and sounds he was going to use. He was great.

You are busy promoting Sun Choke but do you have any ideas where you’ll be going next in terms of your next film project?

I do yes. I’m working on a couple of things. I basically have two scripts and one of those is fully finished and the other is close to being finished. The one that is finished is sort of a home invasion by way of Harold Pinter and then I have another more sci-fi type horror that I’m working on. But yeah, the plan is to try to take the momentum from Sun Choke and just keep moving.

That’s brilliant Ben. Thanks so much for speaking to us right before the world premiere and we wish you the best of luck with it.

Awesome. Thanks so much for talking with me guys.

We’d like to thank Ben for talking to us and we’ll leave you with the trailer for Sun Choke. You can also read our review of the film over here: