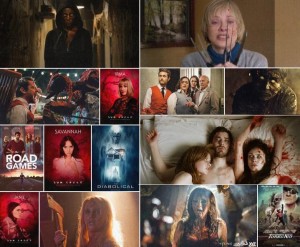 It’s that time of year and Film4 FrightFest is creeping up on us once again. Boasting a hearty sum of seventy-six films (20 world premieres, 16 European premieres and 26 UK premieres) the pressure is on as festival goers um and ah as to which films to cram in over five days.

In an attempt to try and help you decide I have handpicked 10 films I wouldn’t even consider missing if it were up to me. Having said that, this list might make things even more difficult for you to decide so I apologise if that’s the case. Obviously, there are so many films that I have yet to see but, from what I have seen, these are the one’s I urge you to catch…

III:
Synopsis:
A small European town, where sisters Ayia and Mirra live, gets struck down by an unknown disease which takes many lives. Following their mother’s death, the younger sister falls ill. Having realised that conventional medicine is useless in the face of the sister’s disease, Ayia seeks help from Father Herman, a parish priest and a close family friend who dabbles in shamanistic magico-religious practices.

From Russia…..with gore. Essentially dissecting the fear of losing a loved one and how said fear ultimately hold us hostage, III is a sight to behold as it boasts some of the most impressive visuals I’ve seen this year. If any film merits being savoured on the big screen Russian director Pavel Khvaleev’s journey into shamanistic magico-religious practices certainly does.

Bite:
Synopsis:
While on her bachelorette party getaway, Casey, the bride to be, gets a seemingly harmless bite from an unknown insect. After returning home with cold feet, Casey tries to call off her wedding but before she’s able to, she starts exhibiting insect like traits. Casey succumbs to her new instincts and begins creating a hive that not only houses her translucent eggs, but feeds on the flesh of others.

Chad Archibald’s best feature to date, Bite is a repulsively entertaining showcase of grotesquerie. Blending body horror with romantic tragedy and boasting an absolutely blinding performance from newcomer Elma Begovic, the incessant urge to scratch each and every part of your anatomy is guaranteed as the gorgeous leading lady gradually metamorphoses into the creepiest of insect-like creatures after a fateful dip in Dominican Republic waters. (My review here)

Deathgasm:
Synopsis:
Two teenage boys unwittingly summon an ancient evil entity known as The Blind One by delving into black magic while trying to escape their mundane lives.

Writer/Director Jason Lei Howden serves up some brutally effective comedy, gore and unexpected twists, all of which are bolstered by such a charismatic and infectious cast. As long as you are willing to just let the madness take over, Deathgasm is a brutal, side-splitting slice of midnight movie mayhem that even manages to cram in a bit of an allegory to boot. Metal is definitely the way! (My review here)

The Diabolical:
Synopsis:
A single mother and her two young children are tormented by an increasingly strange presence in their quiet suburban home…

Whilst only a couple of recent films like It Follows or The House at the End of Time helped rekindle my lost love for supernatural films, The Diabolical shares pretty much the same effect. Boasting a top-drawer cast and one of the most inspired and sui generis supernatural yarns of recent years FrightFesters are in for a treat in this nightmarish world created by first-time helmer Alistair Legrand. (My review here)

Nina Forever:
Synopsis:
After his girlfriend Nina dies in a car crash, Rob unsuccessfully attempts suicide. As he begins to overcome his grief, he falls in love with a coworker, Holly. Their relationship is complicated when Nina, unable to find rest in the afterlife, comes back to life to sarcastically torment them whenever they have sex.

Based on the plot outline people might think this runs along the same lines as Joe Dante’s recent Burying the Ex but there really is nothing quite like Nina Forever and that’s exactly why it can’t be missed. The Blaine Brothers certainly bring their love of horror into the mix but this romantic tragedy analyses grief with such a deft and delicate fashion and will have you learning so many things about yourself before you leave the cinema.

Road Games:
Synopsis:
The sun drenched days of summer turn dark and ominous for hitchhiking duo Jack and Véronique when they become inexplicably entangled with a mysterious married couple and a local road kill collector in rural France.

Showcasing gorgeous cinematography, a stellar ensemble cast and a deviously deceptive plot that will have you questioning everything right up to the final reel you’d be mad not to hitch a ride with Writer/Director Abner Pastoll.

Boasting some fantastically shuddersome creature creations, much akin to the stellar work produced on films like The Thing and Toby Wilkins’ Splinter and taking cues from many a classic critter movie of yesteryear, Benni Diez brings us a genuinely engaging and hugely entertaining piece of cinema. (My review here)

Sun Choke is a sterling example of a thought-provoking dissection of the psychosocial implications of well-intentioned but ultimately toxic protective care. If more ambiguous, yet wholeheartedly absorbing films akin to Lynch, Polanski and early Aronofsky are up your street then this is one you won’t want to miss at FrightFest. (My review here)

Turbo Kid:
Synopsis:
In a post-apocalyptic future, THE KID, a young solitary scavenger obsessed with comic books must face his fears and become a reluctant hero when he meets a mysterious girl named APPLE. Armed with little more than blind faith and an ancient turbocharged weapon, THE KID learns of justice and friendship and embarks on an incredible journey to rid the Wasteland of evil and save the girl of his dreams.

If you thought the recent post-apocalyptic humdingers Mad Max: Fury Road and Wyrmwood were all kinds of bonkers and all kinds of awesome Turbo Kid is all set to prove that it’s actually GOOD luck that comes in threes. The directing/writing trio, gonzo splatter-meisters François Simard, Anouk Whissell and Yoan-Karl Whissell have concocted a cult gem waiting to happen by pushing their BMX pedals to the metal to provide a slew of blood-soaked slaughter and seriously wigged-out yet winsome characters. (My review here)

We Are Still Here:
Synopsis:
In the cold, wintery fields of New England, a lonely old house wakes up every thirty years – and demands a sacrifice.

We Are Still Here could have gone down the same old, same old supernatural road as so many others but Geoghegan cleverly keeps things fresh with his shrewdly devised characters, stellar performances and plenty of unorthodox twists that will keep you guessing right up to a climax that’ll knock you sideways. Fifteen years in the movie business has clearly rubbed off on this first-time director as he’s certainly come up with one of the most unique supernatural yarns of the last few years. (My review here)