System Shock 3 is Officially in Development and Shodan will Return

A couple of weeks ago we let you know that System Shock would be getting a remake and gave you a look at some of the images, courtesy of Polygon. We pondered whether System Shock 3 would happen if all went well with this remake, but it seems there’s no need to wait, because we’re getting a System Shock 3 and that has been confirmed. 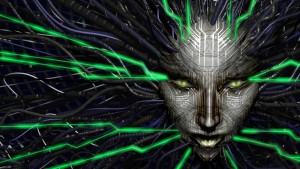 OtherSide Entertainment has announced that it will be teaming up with Night Dive to develop System Shock 3. A lot of the team from the original System Shock will be returning to make it happen. You can check out a teaser trailer here which has a message from Shodan; confirming her return to the game series with voice over Terri Brosius. Moreover, concept artist Robb Waters, Paul Neurath and Nate Wells will be helping to bring System Shock 3 to life.

It seems that we may finally be getting a resolution to that System Shock 2 cliffhanger from 1999. What’s next then, a remake of System Shock 2?