System Shock is Getting a Remake 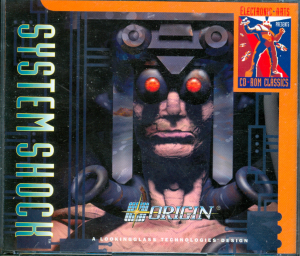 It’s not just films that are getting remade; games are having their fair share of remakes too. After the great news that Resident Evil 2 was to be receiving an HD remake, we can now report that System Shock will be, too. The company Night Dive – who remastered the game back in September – have gained the full rights to the game with CEO Stephen Kick confirming that he is working with Roger Walters, System Shock’s original concept artist. Kick said, “Seeing the difference between his artistic abilities back then compared to now, and his ability to reinterpret those ideas, it’s just been really exciting for us.” It’s really exciting for us, too!

The plan is for the new System Shock to be available on consoles, which will be a first for the company. This opens up the game to a much-wider gaming audience, so makes a lot of sense. There are even talks about a possible new entry in to the franchise, Larry Kuperman (Night Dive’s head of business development) said, “To really do another game in that series is going to take resources and time and commitment that we don’t have, and it’s really not our core business.” So, a System Shock 3 is in negotiations, but we probably won’t be seeing that for a long while just yet.

System Shock was released in 1994 and was set on a space station in the year 2072. The game was praised for its elaborate game play and immersive world. Despite it not being entirely successful and not reaching the popularity status of the first-person shooter Doom, System Shock has since become an inspiration for modern games including BioShock.