We recently told you that the classic horror game System Shock would be getting a remake and now we have the first look at the game. If you head over to Polygon you can have a gander at some early screen-grabs and concept art for the game’s reimagining. The images show a comparison between the 1994 game and the upcoming remake; and there’s one hell of a difference. You can also see a couple of concept pieces, including a cyborg drone and a humanoid mutant. 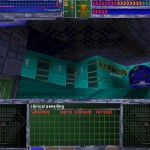 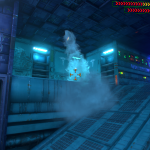 System Shock was recently given a high-definition makeover, but now the plan is to completely start again from scratch and give gamers a full-blown remake. In order to do this – and ensure that the game still keeps to the spirit of the original – Night Dive Studios has been in contact with members of the original team. This is a commendable approach and shows that the young studio are determined and committed to making a game that fans of the original will enjoy, and are not just interested in securing a new audience of gamers.

If all goes well with this remake, perhaps we’ll see the System Shock 3 we’re all craving.