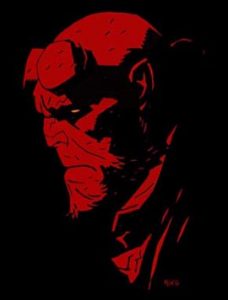 Back in February, Hellboy director Guillermo del Toro told fans that Hellboy 3 will definitely, 100%, unequivocally never happen. Which makes this news all the more surprising because, well, there’s another Hellboy film on its way.

Mike Mignola, who created the Hellboy comics, has revealed that an all-new vision of his character is set to grace the screen and – get this – it will be directed by Brit horror hero Neil Marshall, the man behind Dog Soldiers, The Descent and the criminally underrated Doomsday. Exciting stuff, huh? Well there’s more, with Mignola announcing that the reboot will be R-rated, meaning the violence contained in his comics can be fully realised onscreen! 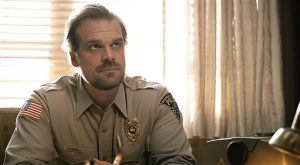 And the details keep coming, with the further announcement that Stranger Things’ David Harbour (pictured) will be donning the sideburns and sawn-off horns to play the titular demon-hero. How this has all stayed secret until now is anybody’s guess.

With this being a reboot, del Toro was of course correct when he stated that Hellboy 3 was not on the cards, but with Marshall taking the reins, it’s something I can make my peace with.