Purge AGAIN with The Purge 4 and a Possible TV Series 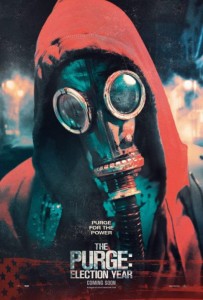 We pondered the end of The Purge series recent and it seems as though we were correct; there is going to be a chance to Purge AGAIN with a fourth instalment being recently confirmed. When speaking in a recent interview director James DeMonaco said:
“I would actually go back and I would try to talk about how it all started. That seems the natural next chapter in this, is to say, ‘Alright, we’ve done this trilogy. We see how it got to this point of someone trying to end it – this presidential figure. Now let’s go back and see how the fuck all this came about.’ How did this country get to a place where we were now accepting this kind of atrocity, this terrible thing, each year?”

This sounds like a fascinating and intelligent move for the series as it would prevent it from running its course and relying on the same ideas; being visually appealing and killing a lot of people. This way, we get a new perspective and a backstory to explain why America has brought the Purge to society. 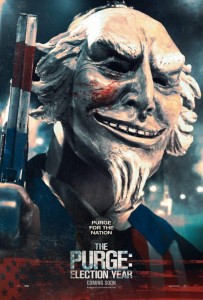 Additionally, DeMonaco mentioned the possibility of a 10-hour TV series that would focusing on a few different people’s stories. He said:
“The one thing you really can’t do on the films is, just because of mere real estate and time, is you can’t get into the nuance and complexity that would drive someone to commit a terrible act on this night. Whether it’s revenge or out of passion, but what might be interesting in a TV show is with a flashback narrative, if you start on Purge Night but you go back to show how people have gotten to where they are. Where you see a couple that’s gone haywire on this night, but let’s show everything that’s led up to this moment of a husband trying to kill a wife — the cheating or the accusations of cheating or money problems. It will be interesting to show those arcs, those dramatic and complex arcs that get people to where they pick up a gun or a knife and kill someone else.”

This, again, sounds brilliant. It would be fantastic to be able to spend a longer time with victims and killers of the Purge and to understand their motivations. It would certainly be a gripping 10 hours and could almost work as a series that runs in real-time, like 24 for example. Now THAT would be awesome.

We thought The Purge: Election Year was pretty great, you can check out our review here. The film will be released on DVD and Blu-ray on 4th October.