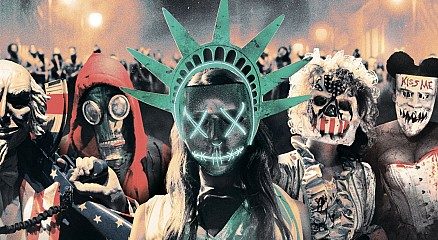 Synopsis:
It’s purge night, election year 2025, and financially struggling Deli store owner Joe Dixon (Mykelti Williamson) sets out to defend his endangered establishment against an all girl gang of gun-toting juveniles. Meanwhile, Senator Charlie Roan (Elizabeth Mitchell), who plans to put an end to the purge if elected, is targeted by assassins and forced into the open with the head of secret service security, Leo Barnes (Frank Grillo). 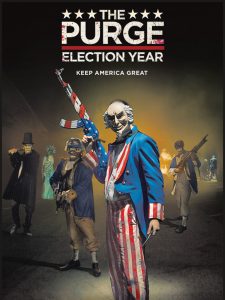 Director James DeMonaco delivers the third and supposedly final instalment in his dystopian thriller trilogy with a fresh, punchy, anarchic MO that’s surprisingly suited to the franchise. Set in an exaggerated American future where, for one night a year, crime is legal; the set up introduces two parallel plot strands which collide at the start of the second act. Mykelti Williamson’s grouchy Deli owner Joe is hindered by recent insurance cost hikes and forced into a fraught situation where his both his business and life are vulnerable and exposed. Joe’s night then collides with secret service man and series regular Leo Barnes and the senator he is assigned to protect. Joe offers the desperate couple shelter in his store if they can help him defend it against a team of local masked maniacs but the story soon evolves from this single location, into a grander, more elaborate yet preposterous terrain.

Alongside the team of central characters are a hurricane of degenerates who swirl into the storyline, leaving a trail of carnage. The faceless psychos dot the plot/ backdrop of all of the Purge movies but provide them with a requisite edge. These jaded, road raged cartoon anarchists are the freaks who embrace the kill allowance and let their madness’s uncoil when permission is granted. While the surface story centres around the good hearted folk who just want the night to be over with, the fashion style of the masked antagonists (circus folk/ mad artists gone bad) is here heavily incorporated into the film’s visual design. As a result, The Purge: Election Year echoes like a distant sibling of Suicide Squad, Mad Max: Fury Road and Fight Club with grimy, urban gang action serving as a saltier alternative to the sleeker, more elegant and sci-fi seeming earlier entries.
Soiled horror and action genre components are splattered across the screen like radioactive clown sick and utilised to inform a grubbier Walter Hill/ William Lustig punk action style. Subverted political ideologies meld with conspiracy thriller components and horror/ action genre tropes, wilily aligned with real-life events. Drones are incorporated into some of the set-pieces, capitalising on the technology’s

accessibility while the US release/ plot-line was cleverly synchronised with America’s Clinton/ Trump pandemonium. Elizabeth Mitchell’s fervent candidate Charlie Roan adopts the Clinton type role, without sharing enough similarities to be considered a riff. Meanwhile, her slime-ball opponent is a generic Walter Peck/  Burke from Aliens/ scumbag in a suit type, mostly kept to the shadows. Williamson provides much needed humour/ light relief as Joe: a beached and bumbling working class hero who compliments the conspiracy thriller elements that arrive via Frank Grillo’s craggy secret service man Leo Barnes. Barnes boasts well-woven complexes, harking back to incidents that occurred in The Purge: Anarchy, which line his character with essential depth. 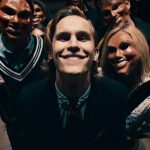 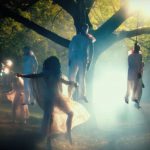 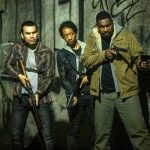 The previous Purge films focused on a cluster of characters set in smaller communities and follow their stories as the night/ purge unfurls. These provided a welcome humanity to the conspiratorial intricacies that operate in the backdrop, but The Purge: Election Year presents a more skewered and slightly grander picture, gliding from these confines into political arenas only previously glimpsed on TV sets in earlier characters’ households. DeMonaco’s visual style has also slightly evolved. What started as a slick pseudo dystopian sci-fi thriller has now budded into an energised, hyper-violent and thumping pop-political horror/ action pot-boiler, blending an innovative central concept with energised visuals via a shaky b-movie execution.
Even though The Purge: Election Year is probably the wonkiest and most temperamental of the trilogy in terms of execution, narrative structure and consistency, due to a last act plot collapse, shoddy dialogue and unconvincing supporting performances, it is also, for the most part, the most enjoyable and a refreshing alternative to the sleeker, modish sci-fi predecessors. The high-octane suspense, vibrant violence, horror, action and characters hold our attention for its majority but the story slumps into wincing mediocrity for a bungled set-piece/ pay off. When the purge commences and plot-lines collide, TPEY resounds like a commendable sub-genre melding and a hugely entertaining foray into action loaded terrain. The Purge: Election Year also remains laced with enough humour and violence to keep gore hounds happy but has trouble resolving itself without veering through generic tent-poles and sloppy sub-genre clichés.