Yesterday we reported the exciting news that Shane Black’s The Predator would be aiming for an r-rating, because as the director says “PG-13 is for pussies. Spines bleed… a lot.” Hooray! Nothing is more satisfying than a filmmaker who doesn’t shy away from portraying realistic bloodshed. 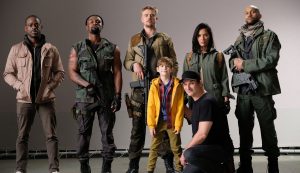 Audiences are always nervous when new hands touch classic films, but from what we’ve seen and heard so far, The Predator looks to be heading in a very promising and thrilling direction. We can’t wait to hear more and to get a first look at video footage, but now that shooting has begun, it may not be too long until we see some proper action from the set.

The Predator will be unleashed on 9th February 2018.