The Predator Adds Keegan-Michael Key to the Cast 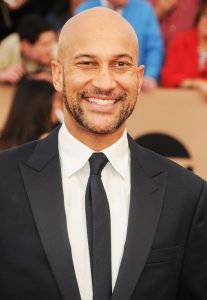 Key will surely add a welcome dose of comedy to the film, because despite the terrifying Predator himself, audiences are going to need to have some fun with their action heroes and he seems like the perfect choice. You will probably recognise Key from an array of different films, including the recent Why Him? with Bryan Cranston, as well as Freaks of Nature, Tomorrowland and Pitch Perfect 2. He is not one to be limited by genre, that’s certain.

There have been rumours circulating that The Predator will venture into the suburbs, but at the end of last year director Shane Black denied that this will be the case. As of yet, there is no confirmation what direction the film will take and what the setting will be. Although, a location as different as the suburbs sounds incredibly fascinating, so we’d love those rumours to be true.

Keep your eyes peeled for more as it comes. Hopefully we’ll also hear a confirmation of an Arnold Schwarzenegger cameo soon, too.