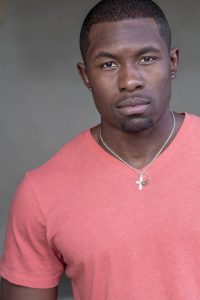 The star of this year’s Oscar-tipped Moonlight, Trevante Rhodes, has been cast in Shane Black’s upcoming instalment in the Predator franchise. Aptly titled The Predator, this will be the first film in the franchise since 2010’s Predators and has a release date slated for February 2018, with production set to begin at the end of this year.

The predator already stars Olivia Munn, Boyd Holbrook and, rumoured according to IMDb, 50 Cent. The script has been co-written by Black and Fred Dekker, who was also a scribe on the sci-fi sequel RoboCop 3 and 1986’s comedy-horror Night of the Creeps.

Before his breakout performance in Moonlight, Trevante starred in an episode of Westworld and the series If Loving You is Wrong. Along with The Predator, he has a few films lined up over the next year, including Horse Soldiers and Song to Song.

The Predator will be released in 2018.