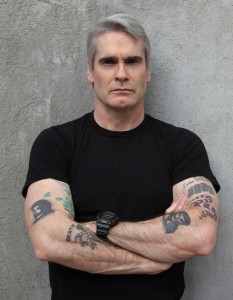 Don’t be fooled by the wings that Henry Rollins’ character Jack is sporting in the poster, because he’s far from an angel. You can watch the red-band trailer below to see exactly what nasty business Jack gets up to; including drinking blood, generally hating on the human race and playing bingo(!?). 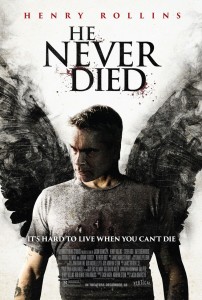 Synopsis:
Jack (Henry Rollins) is in a rut. His existence has been whittled down to sleeping and watching TV and he sees the human race as little more than meat with a pulse.  When Jack suddenly finds his long lost daughter taken by the city’s crime syndicate, he must combat his inner demons as he embarks on a bloody war path to seek revenge and save her.

Check out the poster (left); it wonderfully encapsulates the film’s supernatural core and paints Jack as the dark angel that he is. You can read our perfect 5-star review for He Never Died here, and be sure to catch the film when it is released on 18th December 2015.