It’s been a bit quiet around Tim Burton’s next directorial endeavour; the last we saw was a tiny tease back in September. Now, we have a handful of images that, finally, give us a quite a good look at the upcoming children’s horror tale.

Check out the images below which show the film’s gorgeous cinematography and fantastical colour scheme; the blue tones give the film a subtle coldness which hints at the horrors to come. Despite being a film for kids, there is some dark imagery in there. Burton has said about the characters particularly, “They’re quite compelling. They remind me of old horror movies, or dreams”.  He has also described Eva Green’s character of Miss Peregrine as a “scary Mary Poppins”, so that’s interesting. She does turn in to a bird, after all. 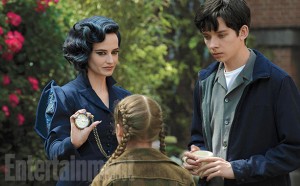 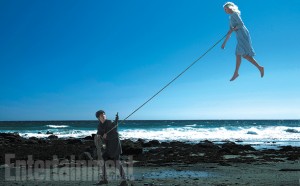 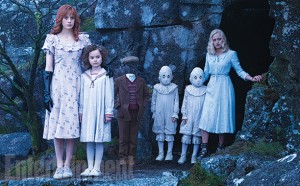 Miss Peregrine’s Home for Peculiar Children follows a young boy who is desperate to prove that his late Grandfather’s fantastical tales of peculiar children –and monsters – are real. The story is touching and, at times scary, so director Tim Burton should be perfect for bringing the story to the big screen. With the silly Alice in Wonderland sequel on the way, it’d be great to see if this adaptation will give Burton the chance to delve in to something he feels closer to. In a recent interview he said, “Weird kids: It’s something that I’ve dealt with and been interested in for a while” and that cannot be denied.
Miss Peregrine’s Home for Peculiar Children has a release date slated for 30th September 2016.
Share this...