First Behind-The-Scenes Look at The Path with Hugh Dancy 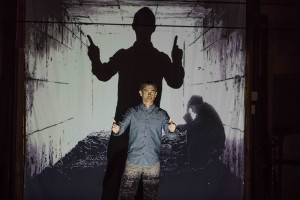 Hulu has released a behind-the-scenes look at its upcoming show The Path and it gives us a taste of the subtle darkness that seems to be lurking beneath the surface. There are comments from members of the cast that include Kyle Allen, Hugh Dancy, Aaron Paul and Michelle Monaghan, as they talk about their characters and the storyline of the series.

We recently brought you the trailer of the show and it looks very impressive. It’s important for Hulu to succeed with its original content and prove that it can rival the programmes that Amazon and Netflix are producing. The Path has a strong set of cast members and the tone looks suitably eerie for a story that centres on a cult. It’s definitely something we’re keen to see!

Synopsis:
The Path follows a family at the centre of a controversial cult movement as they struggle with relationships, faith, and power. Each episode takes an in-depth look at the gravitational pull of belief and what it means to choose between the life we live and the life we want. The series blends elements of mystery-thriller, romance, and mysticism.

The Path will hit Hulu on 30th March.