Prepare to Believe in this Trailer for The Path 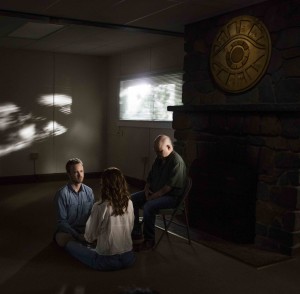 A trailer has been released for The Path, a TV series that is set to air on Hulu and prove that it can be as strong as Amazon and Netflix when creating original content. The Path follows a family caught in the middle of a cult movement and stars Aaron Paul (Breaking Bad, Triple 9), Hugh Dancy (Hannibal) and Michelle Monaghan (Source Code, True Detective).

Synopsis:
The Path follows a family at the centre of a controversial cult movement as they struggle with relationships, faith, and power. Each episode takes an in-depth look at the gravitational pull of belief and what it means to choose between the life we live and the life we want. The series blends elements of mystery-thriller, romance, and mysticism.

Check out the first trailer below, which sets a suitably eerie tone and is filled with some very creepy imagery. It’s great to see Hugh Dancy is keen to stick with horror after Hannibal and his character seems just as complex as Will Graham.

The Path will hit Hulu on 30th March.