The Devil’s Dolls Gets a December Home Release 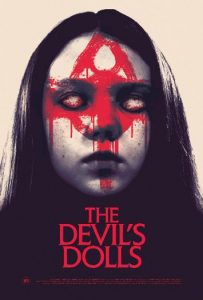 The Devil’s Dolls is set for a release on 6th December in the USA. The film was released in the UK back in June under the title Worry Dolls. The film comes from director Padraig Reynolds, who directed 2011’s Rites of Spring; which shares a lot of similarities with Jeepers Creepers and Malevolence.

Check out the trailer below; Reynolds appears to be sticking to the gritty Southern setting and meshing of supernatural and slasher tropes with The Devil’s Dolls, so this looks like it could be an interesting, scary little flick. It also looks like it could deliver some effective gore, so that’s always a plus.

Synopsis:
In the aftermath of the hunt for a serial killer, an ancient curse consumes a city, causing a series of brutal murders and pitting a detective against the clock to save his daughter’s life.