Confidence Brews for a Sequel to Ghostbusters 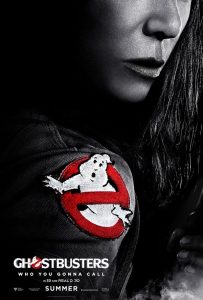 Ghostbusters hasn’t exactly soared at the Box Office, but Sony’s president of worldwide distribution is confident that the film will receive a sequel. When speaking to TheWrap, Rory Bruer said, “I expect Ghostbusters to become an important brand and franchise. While nothing has been officially announced yet, there’s no doubt in my mind it will happen.”

The film is on its way to matching its $144 million budget with a strong opening of $46 million. Ghostbusters hasn’t opened in a lot of European countries yet, so there is still plenty of time for it to make a bomb.

Paul Feig’s Ghsotbusters reboot hasn’t be short of controversy, with the film splitting audiences down the centre. It was always going to be a film you’re either going to love or hate, with die-hard fans of the original destined to find fault with this new female-led interpretation. You can check out our review of Ghsotbusters right here.