Black Fawn’s Bed of the Dead Coming to UK VOD

Coming to UK VOD in July is Jeff Maher’s Bed of the Dead, which comes from Canada’s celebrated indie horror house, Black Fawn Films (Let Her Out, Bite, The Heretics). In the film, a detective is called to an early morning fire at a strange sex club, where just hours earlier, a group of four friends had hired a room containing a bed with a dark history. As they begin drinking and wondering if this wild night was such a good idea, they soon realise that leaving the bed is a terrible idea, as the two that do suffer grisly fates, leaving the others to figure out a way to escape the bunk’s curse. 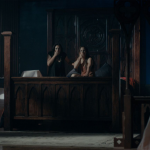 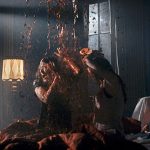 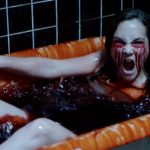 Colin Price (The Heretics), Alysa King (Tormented, TV’s Slasher), Gwenlyn Cumyn (Chasing Valentine) and Dennis Andres (Lady Psycho Killer) star in the film, which Maher directed from a script by himself and Black Fawn co-owner and Let Her Out director Cody Calahan.

Bed of the Dead will be available through all major UK VOD platforms from July 10th. You can read my review of the film here.