Annabelle 2 Gets a Summer Release Date

With the disappointment that was the first Annabelle film, we’re hoping that the sequel will be an improvement. The director has changed from John R. Leonetti to David F. Sandberg, who was behind this year’s entertaining chiller Lights Out. You can read our review of that one over here. 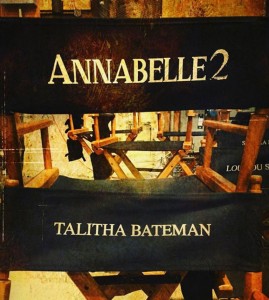 Several years after the tragic death of their little girl, a dollmaker and his wife welcome a nun and several girls from a shuttered orphanage into their home, soon becoming the target of the dollmaker’s possessed creation, Annabelle.

Mike Flanagan’s recent Ouija: Origin of Evil proved that a sequel can improve on its predecessor, so hopefully Annabelle 2 can do the same and prove to the doubters that this will be an appropriately spooky follow-up.