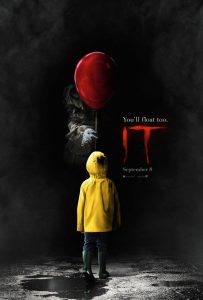 Andy Muschietti took to Instagram to share some of his early concept art for It and it shows one of the film’s scariest moments. Remember the beginning of the film when Georgie dies? Of course you do. Well, take a look at the early art for the crazed and very toothy Pennywise as he prepares to rip the arm of the poor child. Check it out here.

Muschietti describes the scene as one of It’s more comedic moments, but I thought it was horrific. Sure, it’s a bit goofy, but at the centre of it is a pretty grisly amputation. It’s definitely a more graphic depiction of the scene than what we were given in the 1990 miniseries.

Check out our review of It here and be sure to catch the film when it is released on Digital HD on 19th December and on Blu-ray, 4K ultra-HD and DVD on 9th January 2018.