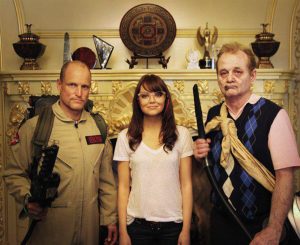 It was nearly two years ago that Sony Pictures were reported to be moving ahead with a sequel to 2009’s Zombieland, originally hiring Dave Callaham (The Expendables, 2014’s Godzilla) to write a script under the supervision of Ruben Fleischer, who directed the first film. Something seemed to be stirring earlier this year, with Zombieland writers Rhett Reese and Paul Wernick saying that Sony was indeed still moving ahead with the sequel. Soon after, original star Jesse Eisenberg all but declared himself in, telling EW that “I would hope that it happens, and I’m sure everybody would be happy to do it if it happens and it’s good.”

Finally though, we now have something close to confirmation that Zombieland 2 is on its way. Speaking to Kevin Smith and Greg Grunberg on AMC’s Geeking Out, Reese and Wernick (who also wrote Deadpool) stated that Zombieland 2 is currently being developed. Not only that, but it seems the original cast are set to return, with Ruben Fleischer back in the director’s chair. 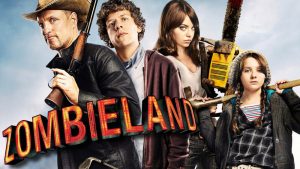 “That is breaking news that we’re on Zombieland 2 right now,” the writing duo said. “We’re sitting with Woody [Harrelson] tomorrow and are going to sort of walk him through some of the stuff we want to do.”

“All the cast is pretty excited,” they added, and they’re not the only ones. We will most definitely keep you up to date on this.