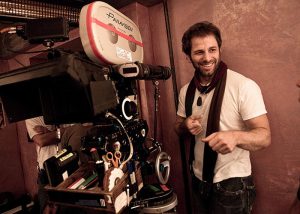 Zack Synder proved his zombie chops with his 2004 remake of Dawn of the Dead. For his big-budget return to the genre, he’s bringing Guardians of the Galaxy’s Dave Bautista along for the ride.

Here’s what we know about the film so far: it’s called Army of the Dead, it’s being created for Netflix, and the budget is a staggering $70 million. Oh, did we mention it’s a zombie heist film? Set in Las Vegas in the midst of a zombie outbreak, the plot centres around a man assembling a band of mercenaries to pull off history’s greatest heist. Trouble is, they’ll have to venture into the quarantine zone to pull it off…

No details have been released yet about Bautista’s character, but we look forward to seeing him kick some undead ass. Synder is directing the flick, which is being produced through his Stone Quarry production company. The script was written by Shay Hatten and Joby Harold, based on a story concocted by Synder.

Shooting is expected to begin later this year.