With the season for watching Gremlins not done yet, franchise star Zach Galligan has been talking once again about the possibility of a belated third encounter with the mogwai and their decidedly more mischievous alter egos. 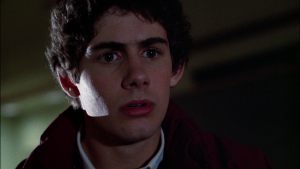 While Galligan has been keeping hope for a Gremlins 3 alive for some time now, any official announcements have remained elusive. Certainly though, with the current bankability of 80s nostalgia, the time would seem about right for Warner Bros. to revive the franchise. Talking to Bleeding Cool this month, Galligan confirms that something is at least stirring, and that if it does happen, it’ll be in the form of a straight sequel, as opposed to any kind of reboot.

“I think you can tell what’s happening with Gremlins 3 the same way you could tell with Gremlins 2. It’s the same people and they tend to work the same way,” Galligan told the site. “There is a huge time gap but it’s Warner Bros, Spielberg and Chris Columbus. Now, Chris Columbus didn’t have anything to do with Gremlins 2 – because by his own admission he didn’t see a franchise. He kind of regrets it I believe, but he was ‘one and done.’ I don’t think he cared for Gremlins 2 and the direction some of the characters went in, so he’s kind of wrested control back. Everything I’m quoting is stuff he’s publicly said: ‘There will NEVER be a remake. There will NEVER be a reboot. There will only be a SEQUEL.’”

Galligan goes on to say that a script is indeed in the works, and also reveals what we nearly saw with Gremlins 2.

“[Columbus] has been aggressively working on a Gremlins 3 that takes place in present day. He tantalizingly says there will be some NEW characters and some OLD characters – I guess in the style of a Force Awakens type sequel. One thing we know for sure is they have a writer on board. The only insight I can give is the following: There was a 6 year gap between Gremlins and Gremlins 2; most of that time was spent with them writing and rejecting ideas and re-writing. One of the ideas that was rejected was ‘gremlins in Vegas.’ They went with that for 18 months and felt it was too expensive. Eventually they came up with the tower idea, where essentially I’m working for Donald Trump, our new President! That took six years to happen. Carl Ellsworth has been apparently working on the script for a year and a half now. If no new names start appearing on the IMDB listing then that means they like the script. If new names start appearing, y’know Kevin Smith appears, it means it’s back in rewrites with a new vision.”

Seeming more confident than ever that a third film will still happen, Galligan assured readers that:
“Warner Bros definitely wants it, Chris Columbus wants to do it because he’d like to undo the Gremlins 2 thing as he wasn’t thrilled with it, and Spielberg wants to do it I imagine – because he’s Spielberg – and why wouldn’t he want to do it. Once he’s found the right script he can attach his name and make a ton of money. Not that there’s anything wrong with that.” 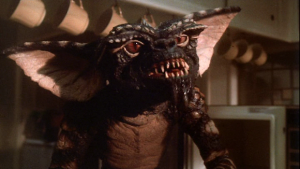 So there you go, we certainly seem closer than ever before to seeing a Gremlins 3, and, so long as the light-avoiding little buggers don’t end up drenched in CGI, it’s gotta be the most exciting thing stirring in Hollywood right now.