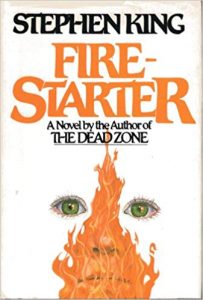 Keith Thomas (The Vigil) is directing this fresh take on the novel, which sees a young girl who develops pyrokinetic abilities being abducted by a secret government agency that wants to harness her powerful gift as a weapon. Scott Teems (Halloween Kills) wrote the film and will executive produce alongside Martha De Laurentiis, who was an associate producer on the 1984 adaptation. Jason Blum and Akiva Goldsman will serve as producers.