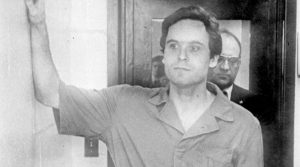 Hammering the final nail into the coffin holding his former incarnation as a High School Musical heartthrob, Zac Efron will soon be seen playing infamous serial killer and necrophile Ted Bundy, who murdered at least 30 young women and girls throughout the 1970s.

Efron will be portraying the man who once described himself as “the most cold-hearted son of a bitch you’ll ever meet” in Extremely Wicked, Shockingly Evil and Vile which is, as per THR, “…told through the perspective of Elizabeth Kloepfer, Bundy’s longtime girlfriend who went years denying the accusations against Bundy, but ultimately turned him in to the police. Only nearing his execution, when Bundy began talking about his extensive and heinous murders, did Kloepfer, and the rest of the world, learn the true scope of his numerous and grizzly [sic] murders.”

The film was scripted by Michael Werwie, and will be directed by Book of Shadows: Blair Witch 2 director Joe Berlinger and Ziad Doueiri, who helmed 2012 terrorism drama The Attack. Filming is scheduled to begin on October 9th.