Your Mother Sucks Fox in Hell! The Exorcist TV Series is Happening 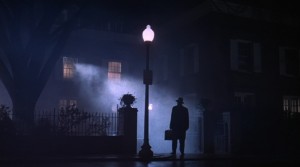 The news came in over the weekend that Fox have commissioned a pilot for a TV reimagining of The Exorcist, with a series to follow. Fans of William Friedkin’s 1973 masterpiece (and who isn’t?) are understandably spitting pea soup and outrage, but the news is not wholly surprising. A&E’s Bates Motel has been a resounding success, and their The Omen-based Damien series is due to air soon. I’m going to do my utmost to reserve judgement and keep an open mind for now, difficult though that may be.

The series is purported to be a present-day take on William Peter Blatty’s 1971 novel, and is described as “a propulsive, serialized psychological thriller following two very different men tackling one family’s case of horrifying demonic possession and confronting the face of true evil.”

Rights holders Morgan Creek reportedly took on the project back in 2013, bringing on writer Jeremy Slater, who wrote 2015’s The Lazarus Effect and the much maligned, failed reboot of The Fantastic Four. Open mind, open mind.

Fox then pursued and acquired the series after a lengthy deal-making process. The pilot will be based on Slater’s script, with the writer also executive producing alongside Barbara Wall, James Robinson and David Robinson.

Whatever would Captain Howdy think?