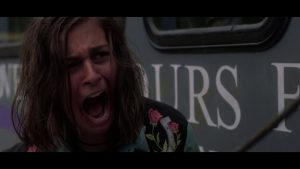 Following its appearance at the AFM, rodeo slasher Lasso seems to have sparked something of a bidding war. The film is reportedly seeing multiple distribution offers thrown its way, several of which include theatrical distribution, while the team behind the film are currently weighing up their plentiful options.

Lasso stars The 100’s Lindsey Morgan alongside Andrew Jacobs (Paranormal Activity: The Marked Ones), Karen Grassle (Harry’s War) and genre regular Sean Patrick Flanery (Saw 3D: The Final Chapter, The Evil Within). TV director Evan Cecil made his feature debut with the film, which sees a group of seniors hunted by a pack of psychotic cowboys at a small town rodeo festival. Alien vs Zombies producer Roberto Marinas wrote the script. 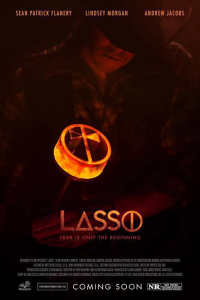 Synopsis:
Kit (Lindsey Morgan) and Simon (Andrew Jacobs) are two young leaders of an Active Senior Tour group who go out on an adventure to a small-town Rodeo festival located deep in the woods. It’s a great experience for the group…until they try to leave. Simon and Kit must save themselves, and whatever seniors they can, from becoming victims of a deadly Rodeo Ritual. Along the way they join up with another unexpected group of victims, including a one-armed cowboy, Ennis (Sean Patrick Flanery), Rosheen, the Rodeo queen, and Trish, a powerhouse female bull rider. Together the group must fight to survive the night from relentless bloodthirsty cowboys on the hunt for human livestock.