Director Mike P. Nelson’s Wrong Turn reboot hikes onto DVD, Blu-ray, and Digital on February 23rd—and these newly released images suggest that if you go down to the woods today, you might not come back alive… 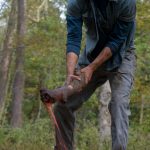 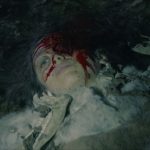 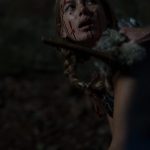 In the film, a group of friends sets out to hike the Appalachian Trail. Despite warnings to stick to the trail, the hikers stray off course, inadvertently crossing into land inhabited by The Foundation, a hidden community of mountain dwellers intent on protecting their way of life—even through deadly means.

Charlotte Vega (The Lodgers) and Matthew Modine (Stranger Things) star in the film, which was written by Alan B. McElroy, who penned the original Wrong Turn released way back in 2003. The Blu-ray and DVD release comes complete with a variety of special features, including deleted and extended scenes, a making-of featurette, and a feature-length audio commentary with the director.