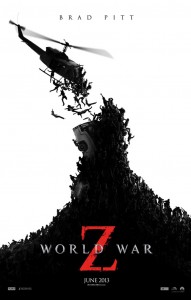 Marc Forster’s frightening tale of the zombie awakening from a former U.N. investigator, World War Z, is being continued with a sequel and the official release date has been set as June 9th 2017.

In the first film Brad Pitt stars as Gerry Lane, a former United Nations investigator, as he battles to stop the undead pandemic by searching for the cause of the vicious and decaying disease. World War Z is an adaptation of Max Brooks chilling zombie novel World War Z: An Oral History of the Zombie War, which details the end of the world from various individuals point of view.

Details about the sequel are yet to be released, so there’s unfortunately no news on plot, characters or who stars in it. As soon as Paramount releases more information, we will update you.