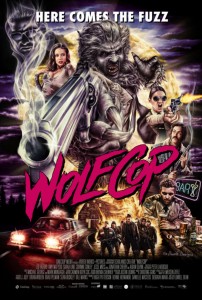 Cult horror film, WolfCop, featuring an alcoholic wolf police officer that uses his hairy powers to violently bring justice, will be getting the sequel treatment and offering some furtastic perks to dedicated fans.

It’s been a year since Lowell Dean’s WolfCop saw it’s theatrical release, and now WolfCop 2 is fully funded and ready to be filmed. To celebrate both these facts, the independent studio and creators have launched a fans first exclusive IndieGoGo campaign, giving fans the opportunity to pick the cast and star in the film. They say in the press release: “To this end, we’re launching a brand new Indiegogo campaign in which we empower fans with ability to offer casting suggestions for a celebrity appearance in the film. Which of your heroes do you want to see tearing across the big screen with WolfCop? It could be an actor, musician, athlete, a celebrity personality, anyone! The sky’s the limit, so let your imaginations run wild. Your contributions will go towards an offer that will be made to a hero suggested by contributors.” 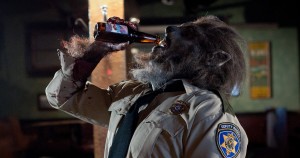 Looking to build the WolfPack that surrounds the bloody and boozy film, they’re also offering perks that include some seriously sweet limited edition t-shirts, prosthetic props, Twitter shout outs and the chance to have your name, face or even horrifically gory death in the second movie!

“In the end it’s your voice the counts! Howl it from the rooftops, spread it across social media, tattoo it to your boyfriend’s face! We’re taking WolfCop global. BE THE FIRST TO GET ON BOARD!”

If that doesn’t sound like a deal to get you howling, then WolfCop would surely have to serve you some justice. Check the IndieGoGo page here: