A release date has reportedly been set for Wish Upon, the latest horror from Annabelle director John R. Leonetti and a contender for one of the summer’s big horror hits.

The film stars The Conjuring’s Joey King (pictured) as Claire, a teenager who finds a magical box that seems to be the answer to all of her problems. The wishes granted by her discovery however, come at a hefty price. Starring alongside King are I Know What You Did Last Summer’s Ryan Phillippe, The Maze Runner’s Ki Hong Lee and Sherilyn Fenn, who will soon be seen reprising her role of Audrey Horne in Twin Peaks. 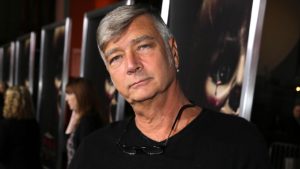 Leonetti (pictured) cut his teeth as a cameraman on the likes of Poltergeist, Commando and Weird Science before becoming an accomplished cinematographer and DOP. His work on The Conjuring and the first two Insidious movies led to him landing the directing gig on Annabelle. He directs Wish Upon from a script by Barbara Marshall, who penned last year’s Viral.

Wish Upon is due to hit screens on June 30th, through Broad Green Pictures. The date is also that of the planned release for Franck Khalfoun’s Amityville: The Awakening, which has already been shifted around more times than seems fair. This could well mean further delays and more frustration for the Jennifer Jason Leigh-starring chiller.