William Friedkin’s The Guardian to get a Blu-Ray Release

William Friedkin’s (The French Connection, The Exorcist, Killer Joe) 1990 feature The Guardian is set to have a blu-ray release from Scream Factory and it will come packed with the special features that you can check out below: 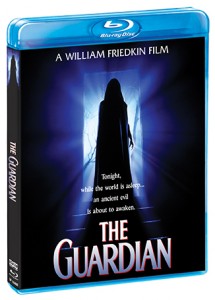 The Guardian is a quietly terrifying tale that follows a family looking for a nanny for their new-born baby. They find the supposedly perfect Camilla, but in true horror and Friedkin fashion, she’s hiding one hell of a sinister secret.

This isn’t one of Friedkin’s films you’ll immediately rush to express your love for, but there is a lot to enjoy in this mysterious flick. There’s a great – if not quite disturbing – scene involving a tree, for one thing.

The Guardian will be released on Blu-ray on 19th January 2016.