Paramount’s revival of their The Ring series, entitled Rings, crawls into cinemas this Halloween, as was announced at CinemaCon last month. With these newly released behind the scenes shots, we are given a good look at bringer of doom Samara, and the little scamp’s just how we remember her. 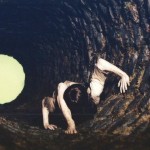 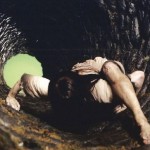 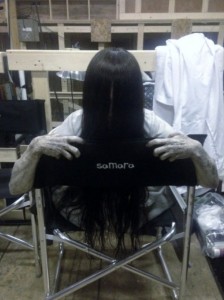 The deliciously creepy stills show Bonnie Morgan (The Devil Inside, Fear Clinic), who has stepped into the role of Samara, crawling from that famous well and struggling to find the best way to use a chair between takes.

The Big Bang Theory’s Johnny Galecki heads the film’s cast, alongside Scream 4’s Aimee Teegarden, Alex Roe (The 5th Wave), Laura Wiggins (Dance of the Dead). F. Javier Gutiérrez (Before the Fall) directs the film, which follows The Ring 2, and is set to rebirth the franchise as an annual Halloween horror event.