As we eagerly await the March release of Greg McLean’s The Belko Experiment, animation director Lee Hardcastle – creator of The ABCs of Death segment T is for Toilet – has given us something rather brilliant to tide us over; a claymation short based on the upcoming horror. It’s brief but also, as we’ve come to expect from Hardcastle, bloody and brutal.

McLean – the man behind Wolf Creek, Rogue and The Darkness – directs from a script by James Gunn, who has previous with Rooker, having cast him in his films Slither and Guardians of the Galaxy. 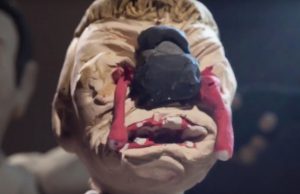 The Belko Experiment will hit US cinemas on March 17th, before reaching UK shores on April 21st.