First to answer our questions today is Lauren Cohan, who plays Maggie: 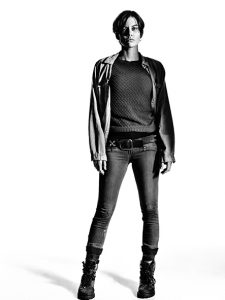 SCREAM: Why did Maggie cut her hair?

Lauren Cohan: It’s a suit up. The group felt they had a handle on what was out there. They were ready to move forward to take control in a way we wanted. Interestingly, as soon as she gets prepared for that next stage, she folds into the pain that propels them on this terrible journey into the hands of Negan.

How does Negan impact The Walking Dead story?

It’s not an impact – it’s a completely unrecognisable remnant once he comes onto the scene.

In what ways did Maggie underestimate Negan?

Little did we know Negan is this complete sadist that takes so much pleasure out of inflicting such great pain on people. To me, Negan feels like this horrible undercurrent that’s been there the whole time that we haven’t realised, and now it’s rearing its head from every doorway you can imagine. It’s like how bulls have little flocks of birds that live on their backs. We’ve been there not knowing we were all sleeping on this giant scary bull. We are upended.

What is most dangerous about Negan?

He can read people very quickly. He is a very good judge of character despite being a despicable character.

What do you hope fans will feel watching The Walking Dead this season?

I hope that people feel the certainty and bravery of putting other people first. As difficult as the struggle has been for our group, the thing that they do right is think of each other and think of others. Part of the appeal for working on this show and being a fan of this show is the tribe. Being a part of something, knowing who you are, what your part is in it, the impact you make on other people’s lives, how you better a situation by giving of yourself, and you have a place in this family. That is what I have learned, and I hope that can be passed on.

Chandler Riggs, who plays Carl, is next in the hot seat to answer our questions. 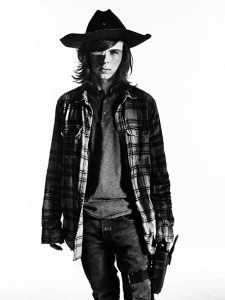 SCREAM: How has the introduction of Negan impacted The Walking Dead?

Chandler Riggs: It’s fascinating and a whole new dynamic for the show. Negan is a very charming character, but at the same time a psychopath. Negan is by far the most dangerous character we’ve come across yet. You are going to hate to love him.

In what way did Carl underestimate Negan’s power and capabilities?

Not only Carl, but the entire group, underestimated Negan’s power. They’ve beaten Terminus and the Governor and a bunch of other groups so they did not think Negan and the Saviours would be that big of a problem – until they are all on their knees.

What does the future look like for our group?

It looks very grim and very dark. The group has been put into a very submissive position by Negan. He is ruthless and he does not care. If someone steps out of line, he just kills them. That makes him a very dangerous character. There is not a lot of hope for the group.

Tell us about filming the Season 7 Premiere…

It was really an amazing experience because all of us learned so much about how each character works and how each other work together. I don’t think any of us will forget.

What is it like working with Jeffrey Dean Morgan?

He is so funny. He brings a whole light to the set. All of the cast and the crew love him so much, which, for me, sucks because I have to hate his guts, but he’s such a nice guy.

Last, but not least, is Corey Hawkins, who plays  Heath: 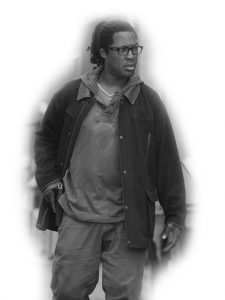 SCREAM: What Is Heath Feeling When He Goes Out on the Run With Tara?

Corey Hawkins: He is feeling a little bit of detachment from what he knows life to be, from what he knows how he has lived his whole life. He is starting to understand this world they are living in and what this world is becoming. It’s getting to him on a personal level trusting those people around him and seeing those people around him change. It’s hard to see the world around you crumble and feel like you are the only one who is trying to maintain a righteous life with morals.

Does He Blame Rick and the Group for All the Things That Have Gone Bad?

It’s hard for Heath to blame others. He’s very quick-witted and makes pointed statements, but he understands the totality of it all. He gets why Rick has to do what he has to do, but it’s something Heath isn’t sure he can live with.

What Is Heath’s Moral Compass?

He is human. That is what separates you from the dead. No matter how horrible this world is, we get to make choices. Every character is starting to figure out what life is.

When Did You Realise You Were Back on the Set of The Walking Dead?

First of all, it’s hot. This wig takes the temperature to a whole other level. And then you feel the struggle everywhere you look on set.