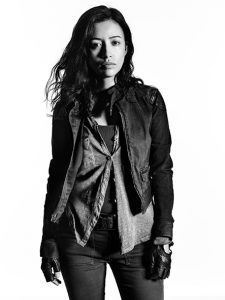 Christian Serratos: It was traumatic and heart-breaking, but the break up was a gift to both of them, especially Rosita. The audience got to see her on her own and that she is a soldier, not just a follower. She’s learned it is best she is on her own. She works better that way. She is stronger that way.

What happened mentally to Rosita after Denise was killed last season?

She saw a person die whom she was responsible for and she feels a huge sense of failure. That was the hardest thing – death was right in front of her, and it could have been avoided. You see that register with Rosita. You don’t come between Rosita and what she believes is her job. Rosita was in charge of her, and you killed her. As a soldier, that is a huge issue for Rosita.

Was there any anxiety coming back to Season 7, knowing how things were left?

What do you think audiences will learn about the group in Season 7 Premiere?

All our characters are very tough, very human, very capable, and very strong. At times, they may seem invincible. They are not. That is a very powerful message. These people can hurt, can bleed, and can feel fear. They do not have control.

What makes Negan the most dangerous person this group has encountered?

He has no empathy.

Why does this cast come in when they are not working to give fellow actors eye lines?

That is common on our set. It’s not common in the industry. Our cast is so supportive. They might not even be in the episode, but they come to support you. We are genuinely invested in what we are doing here and we, as fans, want to see all the cool things others get to do too.

Next up is Seth Gillam, who plays Father Gabriel: 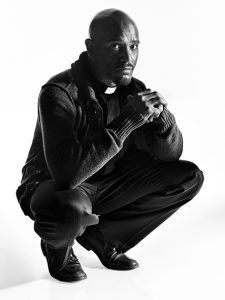 SCREAM: Why does Father Gabriel understand the group’s need to find Negan and the Saviors?

Seth Gillam: It is ultimately about preserving what they have at Alexandria. It is challenging for them all, but it also says if you want to keep surviving in this world you are going to have to step beyond yourself in many different ways in order to do that. Gabriel is capable of initiating violence of some kind and he is not going to have to carry that burden with him of what it means.

Gabriel wears not only clerical clothing, but carries a rifle.

He’s dealing with the duality of man. He is going to have to be a man of action, not just a man of thought. He is prepared to deal with the consequences of those actions. It’s been an incredible journey from hiding and trying to disappear to standing front and centre and being able to face whatever challenges are coming.

What was a defining moment for Gabriel last season?

It was a key moment when the walker herd initially comes through the walls and he ushers his flock of Alexandrians into the safety of the garage church, and he does not stay with them. He runs back out feeling there has got to be something more that he can do. Gabriel of old would have just closed the door with them and tried to be as quiet as possible. He is willing to venture out not knowing what is going to happen or what he is going to do. It’s not enough to get them to safety and to shelter, but that he has to be more proactive in keeping them safe and sheltered.

How does Father Gabriel feel having regained Rick’s trust?

When Rick smiles on Gabriel, Gabriel smiles inside.

What does the introduction of Negan bring to the world of The Walking Dead?

Negan introduces calculated brutality. That is a very different dynamic than we’ve seen in this world.

Now we hear from Ross Marquand, who plays Aaron: 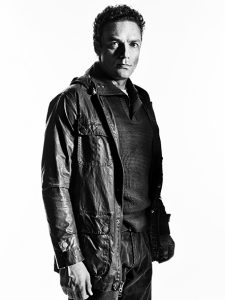 SCREAM: How does Negan impact the story of The Walking Dead?

Ross Marquand: Negan has been a pervasive threat for most of last season. Even before he was revealed, there is this notion that he is everywhere. He is this ubiquitous force of negativity and darkness that is very terrifying. Just when they think they have the upper hand, they realise that they have only touched the tip of the iceberg. There is so much beneath what they think they know.

What is going through Aaron’s mind as they sit at Negan’s mercy?

This is the first time where not only Rick’s group, but Rick especially, is very aware they can’t overcome something. That realisation washes over him like a horrible dream and there is no waking up from it. They have taken everything we have, not only our physical possessions, but our hope.

Does Aaron feel responsible for where the group currently sits?

Aaron feels a certain responsibility for this group and feels he screwed up by them getting to this place. He wants to make sure they can safely get out of this situation because in that moment there is no way out. Every single one of these people in this line up would die for each other.

What was the biggest moment that impacted Aaron last season?

[In the tunnel], as someone who has a partner himself and wants to very much protect him, he realises Maggie is not just fighting for herself and Glenn, she is fighting for the life of their unborn baby. It’s not just these adults fighting for their future, it’s about protecting the next generation.

What may fans expect during the Season 7 Premiere?

It came off of a very intense emotional note last season and it’s going to go deeper down the well of sadness. 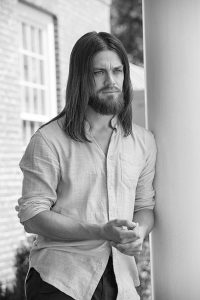 SCREAM: How Did You Prepare for Playing Jesus in Season Seven of The Walking Dead?

Thomas Payne: I did three months of martial arts training before I came back with lots of kicking, punching, and different things with dummies and punch bags. We’ve been working out lots of cool ways to show off Jesus’ abilities and what he can do. I hope it lives up to the fans’ expectations.

How Good Are You at Killing Walkers Now That You’ve Been on the Show for a Season?

The interesting thing for me was learning to do it with the CGI knives which don’t have the blades on and making sure you do it with enough force and in the right way.

What Role Does Jesus Serve for the Hilltop Community?

Is Your Beard Real This Season?

This is all real now. Season Six we had to use some fakery with the beard and the hair, but, I’m very pleased to say, coming back for Season Seven I had enough time to grow all of my own hair out.