Walk a Crooked Mile with The Crooked Man Trailer 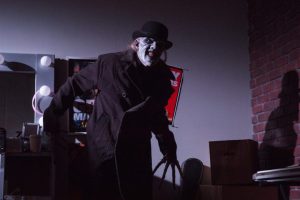 The nursery rhyme that inspired a certain sequence in The Conjuring 2 forms the basis for The Crooked Man, which debuts on the SyFy Channel on Saturday, October 1st. Scroll down to see the trailer. 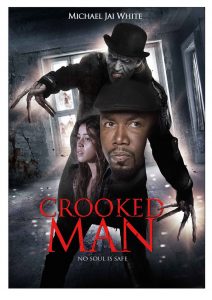 While at a slumber party, twelve-year-old Olivia is blamed for the horrific and mysterious death of her friend after singing a song, created by a reclusive mastermind, Milo (White), which summons a demonic figure known as The Crooked Man. Returning to her hometown six years later, a string of unusual deaths lead Olivia (Rivera) to believe that she’s still being haunted by whatever she saw that fateful night. Once you sing the rhyme, everyone in the house is cursed to die by his hands.

31 Days of Halloween continues with Day of Reckoning on October 8th, Channel Zero: Candle Cove (11th), Stake Land 2 (15th), Shadows of the Dead (22nd) and the (it must be said) poorly scheduled The Night Before Halloween, which screens on the 29th.