Walk the Apocalypse Road this December

The success of Mad Max and particularly its 1981 sequel The Road Warrior kicked off a wave of low budget clones and rip-offs – some great, some not so much – and the same seems to have happened following Max’s comeback, Mad Max: Fury Road in 2015. The latest on our radar is Apocalypse Road, which premieres on VOD in December from Wild Eye Releasing. Check out the trailer below. 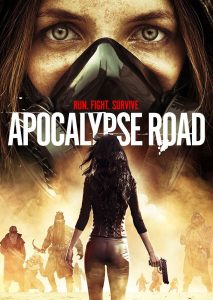 Described in the press release as “a powerful mix of The Road and Fury Road” and “a sweat-inducing story about the instinct of human survival and unbreakable bonds”, the film tells a tale of two sisters, who become separated following a near-apocalyptic event and must flee from a gang of ruthless killers intent on building their own twisted form of law and order.

Brett Bentman wrote and directed the film, which hits VOD on December 5th.