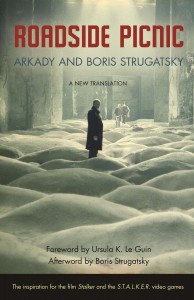 Two new cast members have been added to the sci-fi pilot of Roadside Picnic which has not quite made it to a series yet. W. Earl Brown (Deadwood, Preacher) and Michael Lindall (Victim, Guilt) have joined the cast that already includes Matthew Goode (Stoker).

The pilot has been created and written by Jack Paglen and directed by Alan Taylor. It is based on the Russian novel of the same name which was originally published in 1972 and focuses on a world after an alien invasion. With the aliens gone it is up to the world’s inhabitants to explore the land that has been left behind. Roadside Picnic received a film adaptation in 1979 called Stalker, so give that a watch if you’re keen to see what we may be in for with this new potential series.

Roadside Picnic will air on WGN America, which is home to the fantasy thriller Salem and Outsiders, which recently secured a second season.