The Unreality of Horror: Why it’s not all that Far-Fetched

On paper, horror films are an unlikely source of entertainment; in fact, it’s hard to imagine the pitch of some of the more extreme varieties to studio heads, movies that give viewers a crash course in what their insides look like and guarantee they’ll find monsters in the shadows instead of just under the bed for days afterwards. But, even if the genre doesn’t like us at all, the world has been enamored with horror since at least the late 1890s.

Controlled Fear
According to popular science website Psychology Today, three aspects of horror movies make them appealing for cinema-goers: unrealism, tension, and relevance. Put another way, we like to see ghosts and monsters bumping through the night because it’s a means of addressing our own fears in a fashion that’s unlikely to hurt us. It’s the same controlled fear that drives people to extreme sports and other potentially dangerous pursuits.

The love of horror remains an ironic thing though; there’s even a study out there (Haidt, McCauley, and Rozin) that proved that people will simply refuse (>90%) to watch violence and gore when placed in a real-world context (surgery, slaughter, etc.) but have no qualms about the same subject matter in a fictional capacity. The horror movie genre therefore represents something of a compromise, a safety net where violence exists separate from moralistic concerns. 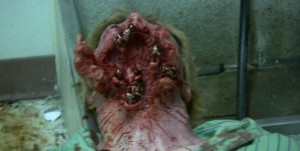 But what if the curtain falls and the zombies have been there all along? According to a new infographic from online gaming site 888poker, some of the more popular horror tropes have the potential to come true. The obvious example is the zombie apocalypse, an unlikely (1/1000) event that served as the basis for films like World War Z, Dawn of the Dead, and 28 Days Later (and one which the real-life Centre for Disease Control and Prevention has a preparedness plan for).

Given the variety of triggers for an undead uprising in movies, inclusive of mind-controlling parasites (a real-world creature, Toxoplasma gondii, makes rats and mice walk into the path of cats to be eaten), disease, black magic, neurotoxins, and neurogenesis, a creepy medical practice that involves using stem cells to regrow brain tissue, a zombie apocalypse of some description doesn’t seem all that unlikely in 2017.

Sentient Plants
Here’s the good news: the chances of Cthulhu rising from the depths (or any of the Great Old Ones for that matter) are incredibly long; the same infographic gives odds of 1/159,000,000 on Cloverfield, The Host, or Godzilla actually coming true. A related threat, ancient evil, the domain of The Dark Tower and The Mummy before it jumped the shark, comes in at 1 in a billion, the same odds of finding a decent gas station sandwich. 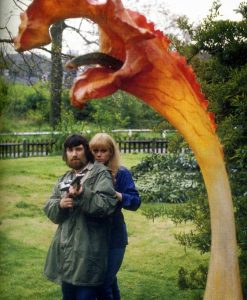 Vampires, sparkly or otherwise, are actually one of the more unlikely candidates for a real-life cameo too, at 1 in 35,000,000, significantly longer than sentient plants (1/600) and a Terminator-style robot rebellion (1/80). Perhaps unsurprisingly, it’s humans we’re the most afraid of. Mad science has long been one of the more realistic horror scenarios, with runaway nanobot swarms (“grey goo”), bioweapons, and nuclear armageddon topping 888’s apoca-list.

Finally, it’s worth mentioning that 1/1000 events do happen, being the same odds as a soccer team coming from four goals down to draw the game with eleven minutes left; unlikely but not exactly unheard of.