Universal is Developing The House on Ashley Avenue for TV

Universal recently acquired the rights to the 2012 short story The House on Ashley Avenue by Ian Rogers and it has now been announced they are developing it for a TV series. So far, Jason Pagan and Andrew Deutschmann, the scribes of Paranormal Activity: The Ghost Dimension, are writing the script for the series, which will be called The Eight. They will also be executive producers. 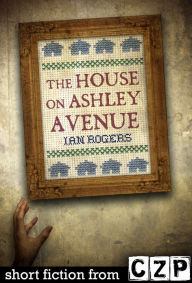 Inside the High Risk Claims Department of an AIG-like insurance company – a small secret unit that specialises in insuring haunted houses. After the death of the company’s enigmatic Founder, the department is forced into a high-stakes race to find The Eight – a mysterious group of properties, hidden across North America, connected by a terrifying and powerful force.

It definitely sounds like a refreshing concept and despite the final Paranormal Activity film feeling a little lacklustre, we are intrigued to see what the writers can do with a supernatural conspiracy series. The Eight will be produced by Vertigo Entertainment, who is behind the successful Bates Motel which is just drawing to an end.