Uncover the Secrets of Dig Two Graves in March 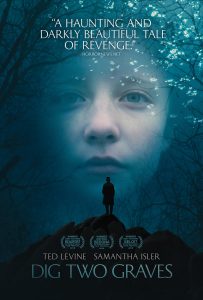 Area 23a have announced their acquisition of supernatural thriller Dig Two Graves, which they will be releasing in March.

“After a long, strange trip making Dig Two Graves, I am excited to be screening the film in theaters across the country and hoping this will convince the investors to reconsider their plans for a third grave with my name on it,” Adams says in the press release. 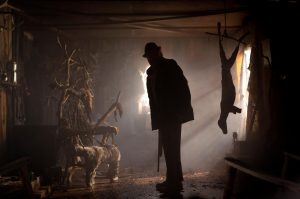 Set in a backwoods town in the ‘70s, Dig Two Graves stars Captain Fantastic’s Samantha Isler as 13-year-old Jacqueline Mather, who loses her brother in a mysterious drowning accident. She is visited by three moonshiners who offer to bring him back to life, but their offer comes at a grim cost. As the moonshiners sinister intentions come to light, Isler uncovers a dark history surrounding her grandfather, Sheriff Waterhouse, played by genre regular Ted Levine (The Silence of the Lambs, Roadkill).

Dig Two Graves will hit selected US cinemas and VOD on March 24th.