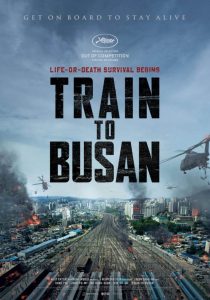 Train to Busan is one of the greatest films of the year and one of the best zombie films ever made. It is an unstoppable thrill ride filled with intensity, gore, comedy and spectacular effects. It also benefits from the heart-felt story at its core, its heart-pounding score and the cast of great actors that bring the gripping story to life. We loved it so much we gave it 5 stars; you can read our review of Train to Busan here.

If you don’t believe us when we say it’s one of the best films you will ever see, then feast your eyes on the below trailer. The story follows a workaholic father and his daughter as they take the train to Busan. However, things go a bit more than pear-shaped when an infected passenger boards and starts infecting people with a zombie virus. What ensues is a nightmare for the characters, but a dream for us…