Tyler Shields is a multi-talented artist. He is largely know for his spectacular photography skills and has had his work published and seen by millions around the globe. Now turning his hand to directing, his first feature film FINAL GIRL stars Abigail Breslin and has been selected to play as part of the discovery strand at this year’s Film4 FrightFest.

In the film Abigail Breslin plays Veronica a trainee assassin who is given the task of hunting down and putting a stop to four murderous teens who torment and hunt down helpless blondes. The film also stars Alexander Ludwig and Wes Bentley.

Ahead of this year’s Film4 FrightFest we sent along our very own Jon Dickinson to interview Tyler where they discussed the film, what it was like to work with Abigail Breslin and what it feels like to have your feature get into the UK’s biggest horror film festival.

SCREAM: Hi Tyler, thanks for taking the time to talk to SCREAM about your film Final Girl.

Tyler Shields: Hi Jon. Thanks for having me.

What was it like to find out that you got your film into this year’s Film4 FrightFest?

It was fantastic. I heard about the festival years ago and when we finished the movie one of the producers said to me ‘Oh wouldn’t it be amazing if we got into FrightFest and blah blah blah,’ so yeah it was a fantastic feeling when we found out that we had.

What led you to direct Final Girl as your first feature?

So basically I had a meeting with a producer by the name of Rob Carliner and he had produced a lot of movies. I went in and they had this script and said they had this idea and I took a look at that and I said that I didn’t like it and asked if they would mind if they let me change it and they said OK. I said this is the way I want to make it, this is the way I want to do it and they kind of let me do what I wanted to do. I said OK so the next thing they asked is who I wanted to cast and I said Abigail Breslin. Everyone said it would be a miracle if we got her and the next day it happened. 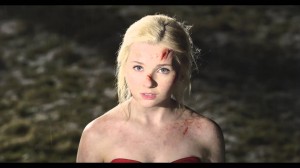 Yeah? How did you get Abigail Breslin involved with the project?

We had a very good mutual friend who was her manager at the time. He was an old friend of mine and I reached out to him and said if Abigail wants to do this we would love to have her. She was already a big fan of my photography so when they sent her the script she came back within an hour and said yes.

And the rest is history… nicely done. You mentioned your background in photography, may I ask what inspired your move into filmmaking?

It’s funny because I actually always wanted to direct. I was directing things since I was fifteen but it was photography which ended up changing my life as I became very well known for that and it was what led me all the way round back to movies.

I think the interesting thing about horror or thriller or anything like those genres is that you don’t need to have a specific aesthetic. It’s not like you have to have a certain look to make a horror film or that you have to do this or do that, some of the most iconic thrillers or horrors of all time are the ones that are very different and don’t look like the norm. So I wanted to create a world and have this to be a place where you can’t tell where it was made or you can’t tell when in time this exists so that is what we did, we went for something different.

I was going to ask, the film has a very timeless feel to it from the different style where cars, the locations, costumes were concerned etc. I take it that this was intentional?

One hundred percent, yeah. Most people may look at the film and say that it has the Norman Rockwell vibe but the idea of this to me is doing it in the exact way they would do it back in the day. All the effects were practical, the shots were too, there was no green screen so nothing like that. I would say it has a loose fifties vibe but overall I wanted to give the film that timeless feel.

So let’s talk about the shoot. Most of the film is set outside in the open and it must have been very cold. What did you do to make those situations considerably more bearable?

Oh man, it was brutal when we were shooting. It was in the middle of the woods and we had a journey of about an hour and a half everyday just to get to the woods and we had a base camp which was about ten or twenty minutes from the location so we slept there. What I would do is that every van that was driving from the base camp to set, if you were in the van you would have to turn the music up and everyone in there would have to sing the whole ride. There was a great moment when we would be ready to go kill one of the characters but we are all in the car; Wes Bentley, Alexander Ludwig, Abigail… we’re all in the car singing ‘I Believe I Could Fly’ by R Kelly. We would pull up and it would be so loud and everyone is just singing and laughing but then everyone got out of the car and turned real serious and we go over and kill someone. It was really funny.

Sounds like it was a fun set. What was your favourite scene to shoot?

I would probably say the scene with Alexander as he is hanging at the end because it started snowing. So when we were right about to do that it started snowing. We were all OK and the crew turned to me and asked if I wanted to push the scene back and I said NO. If the gods wanted it to snow then we’re going to have snow in this scene so it did and it kept on snowing. The moment we were done shooting it stopped snowing, it was insane.

Alexander Ludwig, I have been friends with him and I shot him when he was sixteen. Logan Huffman was another guy I’ve worked with before and had done on a bunch. I had originally cast an actor called Connor Paolo in the movie and he was on a show called Revenge. He had been training with a bat and fighting for six months for the movie. A week before we were about to shoot they didn’t let him do the movie. He was really bummed and I had to cast someone the next day. Reece Thompson was cast and it just so happens that he was a ball player and had a lot of knowledge with a baseball bat. It just weirdly worked out but it was a bummer that we had to pass on Connor as at the same time we had Connor and Logan work on their characters for a good four to six months before we did it.

The characters of Wesley and Veronica share a rather unique bond throughout the course of the film which is never fully investigated. What is the significance of the final scene between them?

Ah, the end scene in the diner? This film to me is a story about Veronica and her debut, her first night on the job. She’s done her work, she’s done her job and she goes to the diner and sits with William and they are just celebrating, that’s it. There is not much else that needs to go on there as if we did follow the two of them there would be a whole different story and that is not what we were doing here.

FINAL GIRL exceeds gender expectations and turns them on their head. You put a strong female lead in the front and centre. Being an empowering film for women, what kind of reaction do you get from audiences?

Audiences absolutely love it. People love seeing that type of strong female character in a female lead. You know it is also so unexpected, it’s the Venus Flytrap effect, you look at this beautiful flower and then all of a sudden it bites you. It’s shocking. I love it. 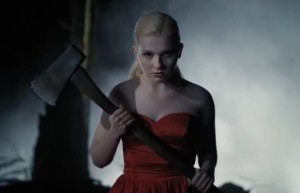 Abigail Breslin really steps out of her comfort zone for the role of Veronica. I thought she did a fantastic job. What was she like on set handling the more demanding and physical aspects of her character?

That’s really awesome. I look forward to seeing more of her taking on these kind of roles in future. I think she will do great. I have to ask… any thoughts about following up with a sequel? Will we get to see what happens on night two of Veronica’s new vocation?

You know it’s funny because when we were shooting the movie one of the producers was like, ‘We have got to do a sequel.’ We finished the movie and they continued saying ‘we have got to do a sequel’. Now that the movie is coming out everybody is still asking if there is going to be a sequel. For now we will just have to see where this goes and I can’t say if there will or won’t be one at this moment but you never know.

I am always fine to leave things alone but yeah it would be interesting to see. There is a lot you could do with it.

I have a new photography book which I am finishing up right now and it will be coming out in 2016. Then I have a new movie that I am writing currently so, yeah.

Is that going to be another one in the horror genre by any chance?

No. It is going to be a whole different genre and a different type of movie but I can’t say anything about.

That’s interesting. OK. So FINAL GIRL is having its UK Premiere at Film4 Frightfest. Why should our readers check it out?

Well it is one of the most unique movies that you will see this year or maybe in a very long time. If you’re tired of the same old CGI, the grey colour scale and all those computer generated effects… if you want to see something real then this is the movie that you should really see.

I would like to thank you Tyler for your time today and for talking about your film FINAL GIRL. I look forward to watching the film again at Film4 FrightFest.

Be sure to check out FINAL GIRL at the UK Premiere at Film4 FrightFest on Friday 28th August. If you can’t make the screening then pick up a copy of the film when it is released on Monday 7th September.