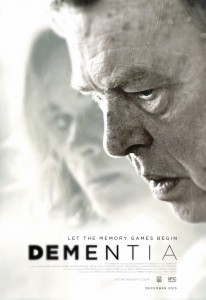 IFC Midnight earlier secured the rights to the horror-thriller Dementia and planned a release for this December. To make sure that our memory is serving us well, a couple of new posters have been revealed to remind us that the film’s release is imminent.

Synopsis:
After being diagnosed with Dementia, an elderly war veteran is forced by his estranged family to hire a live-in nurse, only to find she harbours a sinister secret.

Gene Jones plays the war veteran and you may recognise him as the cult leader from The Sacrament. It’ll be nice to see him in a, hopefully, less crazy role and play the victim. Dementia sounds like it has taken a lot of inspiration from Stephen King’s Misery, and seems like it’s going to be similar to the recent Unconscious, which stars Wes Bentley. We do love psychological thrillers where people are hiding dark secrets and we can’t wait to discover what the nurse in Dementia is masking. 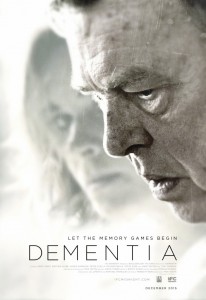 The film additionally stars Kristina Klebe Peter Cilella, Richard Riehle, Marc Senter, Graham, Molly McQueen, Tony Denison and Hassie Harrison. Mike Testin is the film’s director and he has worked on films such as Contracted and its sequel, as well as Thou Shalt Not Kill.

Dementia will be released on VOD on 4th December 2015.