It’s been a little too long since we heard anything much about Crepitus, which stars the inimitable Bill Moseley as the titular, child-eating clown. Producers Ginger Knight Films do however, say that a release date is currently being worked out but before we hear anything on that front, we can at least gaze upon two new pieces of poster art for the film, one of which could have come straight from an 80s VHS cover. 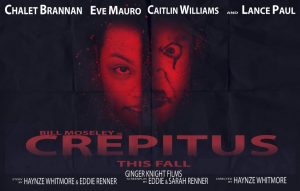 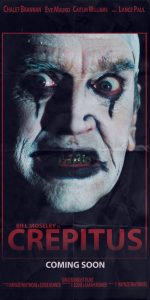 Synopsis:
Seventeen-year-old Elizabeth and her younger brother, Julian, are thrust into circumstances more terrifying than life with their abusive, drunken mother when they are forced to move into their deceased grandfather’s house. Frightened beyond belief, they are forced to learn horrible things about their family history. Never mind the ghosts in the house; there is something far worse that takes an interest in them… a cannibalistic clown named Crepitus.

We are expecting a release in the autumn.