The Two Leads are Cast in the Heathers TV Series

Another horror(ish) film is getting the TV treatment and this time it’s the teen scream feature Heather, which originally starred Christian Slater and Winona Ryder. The series has now cast its two leads and they are James Scully who will play J.D. and Victoria Cox (Under The Dome) who will be playing Veronica. 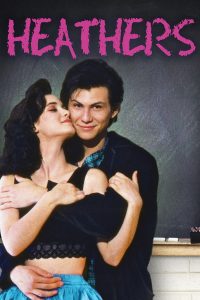 Synopsis:
Reimagined as an anthology, Heathers will be set in the present day, as our heroine deals with a very different but equally vicious group of Heathers.

After the success of various horror and sci-fi film-to TV adaptations like Scream, Ash vs Evil Dead, Westworld and The Exorcist, we should probably get used to our favourite films getting the TV treatment, so expect to see a lot more in the coming future….

It will be interesting to see how “different” these news Heathers will be and with the film shooting this Autumn, we could be looking at a pilot episode some time in 2017.