Two Images and a Haunting Trailer for The Boy

Dolls are freaky little mites, aren’t they? The new trailer for The Boy, which you can see below, embodies everything that is terrifying about pale-faced, smartly-dressed dolls and also crafts a very atmospheric and creepy 2 and half minutes. Clearly having been influenced by modern-horror master James Wan, the film looks to get under your skin and stay there until it ends. The setting looks expectedly spooky and is reminiscent of classic haunted house horrors, as well as films like Dolls, Child’s Play and Annabelle. 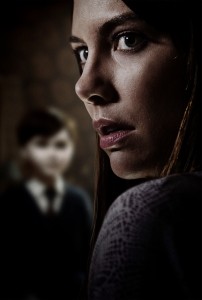 Synopsis:
Greta is a young American woman who takes a job as a nanny in a remote English village, only to discover that the family’s 8-year-old is a life-sized doll that the parents care for just like a real boy, as a way to cope with the death of their actual son 20 years prior. After violating a list of strict rules, a series of disturbing and inexplicable events bring Greta’s worst nightmare to life, leading her to believe that the doll is actually alive.

The Boy comes from director William Brent Bell (The Devil Inside, Wer) and has a script from writer Stacey Menear (Mixtape). You will recognise the leading lady Lauren Cohan as The Walking Dead’s Maggie, and the film further stars Jim Norton and Diana Hardcastle.