A&E’s latest will be A Midsummer’s Nightmare, which will see various Shakespeare plays adapted into contemporary horror stories. The plan is for each season to present a twisted take on a different tale, beginning with A Midsummer Night’s Dream. The classic comedy is being adapted by screenwriter Anthony Jaswinski, who also penned upcoming teen horror Satanic, as well as Sony’s shark thriller The Shallows, headed to US screens in June. 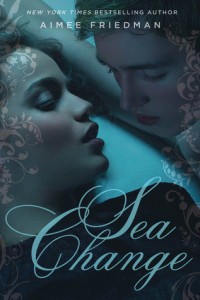 Lifetime is throwing their hat in the ring having ordered a two-hour pilot for supernatural fantasy Sea Change, Variety are reporting. Adapted by Liz Sczudlo from Aimee Friedman’s 2009 young adult novel, the series is executive produced by Fernando Szew, Sharon Bordas, Lloyd Segan, Shawn Piller, and David MacLeod for MarVista Entertainment. Here is the book’s synopsis:
“Sixteen-year-old Miranda Merchant is great at science… and not so great with boys. After major drama with her boyfriend and (now ex) best friend, she’s happy to spend the summer on small, mysterious Selkie Island, helping her mother sort out her late grandmother’s estate. There, Miranda finds new friends and an island with a mysterious, mystical history, presenting her with facts her logical, scientific mind can’t make sense of. She also meets Leo, who challenges everything she thought she knew about boys, friendship… and reality.”

Fans of TV horror are being truly spoiled right now, and it’s always good there are more series on the horizon. The Walking Dead can’t go on forever, after all.